Policed to Meet You?

Read here my interview to John Manuel for the English edition of my books, the Durrells and the beauty of Greece!

OK, so the title of this post is a rather feeble play on words, but it’s anything but a feeble excuse for a post. Have I got a ‘coup’ for you folks, because, through a mutual friend, author Effrosyni Mouschoudi, I’ve procured an interview with best-selling Greek Author and actor Kostas Krommydas, who, in case you weren’t aware, is currently starring in series three of the brilliant UK TV series set in Corfu and based on the books of Gerald Durrell,‘The Durrells’. 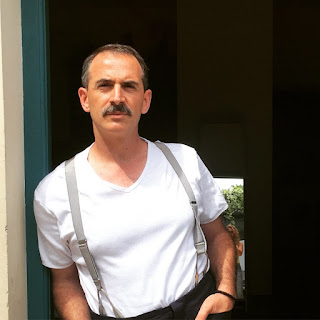 Kostas plays the Police Superindendent and, in case you haven’t seen the series, which is currently going out on Sunday evenings in the UK on ITV, here are a few stills showing Kostas himself with some of the leading cast members: 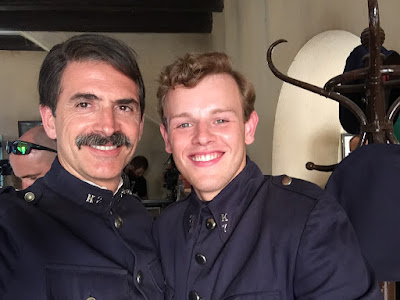 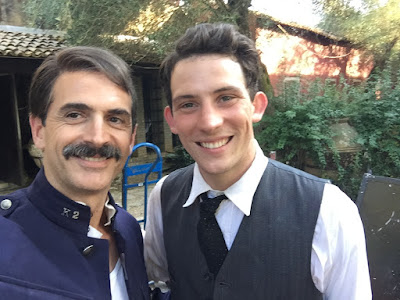 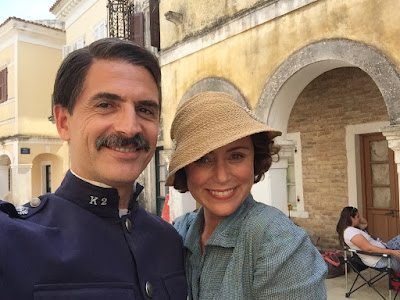 Apart from being a much-in-demand actor here in Greece (Kostas speaks excellent English by the way), he is an established author in Greece and two of his books are now available in English as well, these being:

• Athora, a Mystery Romance Set on the Greek Islands

Both of these books have so far received only 4 and 5 star reviews on their respective Amazon pages, so I’d suggest that they’re well worth checking out.

If you want to see what Kostas looks like when not ‘in character’ for the TV series, here he is: 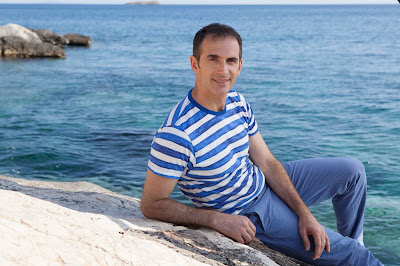 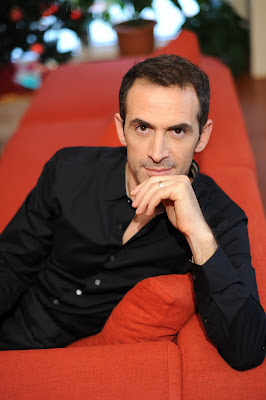 So, to the interview itself. Off we go, let’s get to know this very creative actor and writer a little better…

Where do you live?
I was born in Trikala, a city in central Greece, but I have been living in Athens for the past thirty years.

What do you write about?
Nearly all of my books are based on a true story. I like stories that are inspired by real life events! Love and the power of destiny are recurring themes at the heart of my narratives, regardless of genre. I am intrigued by the twists and turns of fate and how they shape the paths that people follow.

Why Greece?
I feel lucky to have been born here, to be living in a country that is a constant source of inspiration. Most of my stories take place on the Greek islands because I love the sea. This country is blessed to be surrounded by water, water so blue that you can’t tell where the sea ends and where the sky begins. You are constantly coming across these amazing landscapes, which have always inspired me and will continue to do so, as the source is endless!

How long does it take you to write a book?
The actual writing takes about a year, but most of the stories have been with me for much longer. I spend more time thinking of a story, processing and developing it, and letting it mature inside me before I put it down on paper.

What do you enjoy most about writing?
I am very excited by the whole writing process. Each stage has its own challenges and rewards. I love the days I spend secluded at a beach house, writing all day long, lost in my story. Once a book is published, it is contact with my readers that bring me most joy. I think it is important for a writer to share in the joy of reading with his readership; it is a way of rediscovering the story and conversations with readers are useful as well as rewarding.
What, in your view, is/has been the greatest gift from Greece to the world?
Other than its ancient civilization as a whole? Well, as an actor I would have to say the theatre, drama, in all of its genres. As a writer, I would extend that to story telling in general. If you look at Greek mythology, at Homer, all the main narratives are already there, all the conflicts that we return to time and again: man vs. man, man vs. nature, man vs. self or society and so on. 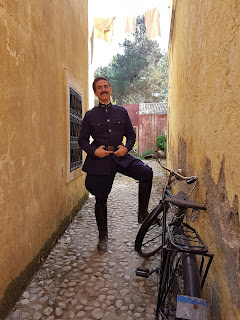 How do you come up with an idea for a book?
It might start with a phrase, an article, or just coming across something that strikes a chord. Once it takes root in my mind, I mull it over for long time until it takes shape and almost becomes an entity of its own. The final decision on what my next book will be is nearly always taken on one of my travels, most often when I’m driving!

How do you go about writing, that is to say, are you organised, do your research, disciplined, are you a messy sort who gets it done one way or another?
I would say a mix of both. The first stage, inspiration, the fleshing out of the plot, the characters, is usually an esoteric process. I tend to work it out internally; it’s almost a form of meditation. Then I will research, especially locations. I visit and spend time in every place that will feature as a location, whether in its real form or as an inspiration for an imaginary setting.
By the end, I will have mapped out the spaces where the characters move, be it an apartment or an island. The same applies to the main characters. Once I have a mental image of what my characters look like, I will look at old photos as a source, especially for events that take place in the past. I usually have the plot all worked out before I start writing, but the story often takes its own direction during the writing process. Once the characters come to life, they take you where they want to go!

Which other authors do you read?
I wish I had more time to read! I tend to read anything that strikes a chord, follow world literature and will often choose a book based on reviews. Generally speaking, though, I will always return to and re-read the Ancient Greek tragedians, they are my favourite authors.

What’s your preferred kind of music?
I don’t have a preferred kind, I pick depending on my mood or the place I’m at. I like local music; I like to explore the music of a place. To me it’s more than the sound, it’s a reflection of that particular community or society.
Do you like Greek music and if so, which kind?

Very much, both traditional and ‘entechno’.  Greece is a country with a rich and varied musical tradition. I also like discovering new, young artists. I hosted a radio show for many years and I love music.

Favourite Greek dish?
Traditional hortopita, a wild greens pie, with hand-made pastry.
There you go folks, I do hope you enjoyed that. Some of Kostas’ answers I felt give a real insight into why his native Greece holds such a fascination for those of us who’ve fallen in love with the place. I particularly approve of his choice of favourite Greek food, horto’pita, which is very similar tospanako’pita, only made with wild horta. My wife and I are lucky enough to have a friend here on Rhodes who often cooks us horto’pita, and it’s delicious, as well as extremely good for the health.
Just in case you missed any of the links in the story above, here are a few again:
Kostas’ “Author Page” on Amazon
Kostas’ Facebook Page
About the ITV series “The Durrells”
Kostas’ website
Source: ramblingsfromrhodes.blogspot.gr