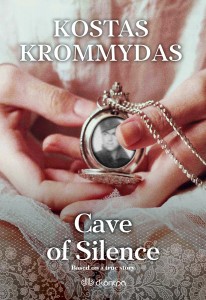 Dimitri, a young Greek actor, is enjoying the lucky break of his life- a part in an international production, a romance with his beautiful half-German co-star and shooting on an idyllic Greek island. His only concern is that he has to part from Anita for a few days to visit a nearby island and scatter his uncle’s ashes, fulfilling the dying wish of a man who had refused to set foot on his birthplace while alive. Coupled with his mother’s entreaties not to reveal his identity to anyone once there and a family history clouded in secrecy, Dimitri anxiously sets off determined to carry out his uncle’s wishes and return to Anita as soon as possible.

His visit on the island sparks a chain of events that stir up the past and slowly reveal what truly happened to his family there during the Second World War. In a strange twist of fate the ill-fated love affair of Eleni and Manolis casts its shadow some seventy years on, as Dimitri and Anita are brought face to face with secrets an island has been keeping for far too long.

Told as two parallel, intertwined stories and based on true events, Cave of Silence moves seamlessly between past and present, spinning a tale of love, passion, betrayal, and cruelty.

Can real love survive through time even though the people that shared it have been gone? Is it possible for a man and a woman to fall crazily in love today and become the sequence of a love that took place 70 years ago?

“The reader, like a viewer at an open-air cinema, watches the plot’s rapid twists and turns unfold through the artfully chosen sentences crafted by this young writer…”
Manos Eleueriou

I knew Kostas Krommydas as an actor from his career on Greek TV (and now from The Durrells of Corfu in the UK too) but only recently discovered that he is also a wonderful writer with a great following in my country of Greece. When this book, being one of the author’s Greek bestsellers, was translated into English, I jumped at the chance to read it, especially as it was based on a true story – something that intrigued me further.

If I were to describe this book in one word, I’d say it’s ‘cinematographical’. I guess I should have expected nothing less from a fine actor such as Krommydas; his story has created a host of vivid images in my head that I still can’t shake…some are happy and tender, others are tragic and heartbreaking. As I read I felt like I was there on the tiny island where the story unfolded for the most part. The terrible atrocities that the Germans carried out on the island just before they departed at the end of the war filled me with upset, just thinking that this might have happened in real life. For a few days after finishing the book, the injustice and the tragic end of some of the characters continued to haunt me…

I love historical fiction, and tragic family stories with dark secrets as it is, but this book certainly stands out for the masterful storytelling, the multi-dimensional characters and the flow that is continuous and smooth. I found the book hard to put down, up until the last page, the two timelines merging seamlessly, the characters feeling so lifelike I wished there was a contact at the end of the book so I could write to the real family behind this novel and offer my sincere condolences. But I cannot do that; I can only speak for this book and say that it is one of the best books of WWII Greek fiction I have ever read. For drama and originality, I personally put it up there with Bernières’ Captain Corelli’s Mandolin… I highly recommend you pick up this book and see where it takes you. It certainly filled my mind with sunny skies and generous views of the Aegean. I will definitely read more from this author.

Do you enjoy tragic family stories from WWII? How about historical romances with dark family secrets? This book is a must!

I’m not a regular romance reader, but Cave of Silence caught my attention for a number of reasons, not least of which the fact it’s based on real events. Hard as it is to believe, the series of unlikely coincidences is real, and Krommydas does an excellent job of putting it all to paper. The story takes place in Greece for the most part, which is strangely appropriate given the part destiny plays in the heroes’ lives. Indeed, one might say that fate is the real protagonist of this story, along with the Island; a place reluctant to share its secrets are unearthed only gradually and reluctantly.

Krommydas writes in an immediate way, interplaying between the first-person point of view for the hero and a third-person one for the heroine. The book can be a bit of a slow burn at first, starting off in an idyllic setting. Don’t let that fool you, though: it becomes increasingly harder to put it down as it progresses and the past starts casting its long shadow on

I am an avid reader of History – both non-fiction and fiction – so this novel was perfect for me! It was an intense read – I could hardly put it down over the four days it was by my bed except of course to go into work!! The “realization” that Eleni and Manolis’ love was being reincarnated through Dimitri and Anita’s relationship was the constant thread as the tragic yet seemingly inevitable story unfolded through the pages – it drives the reader onward to the end. I enjoyed it immensely! If you love Greece, if you love history, if you love tragic romance – this book is for you.

I enjoyed Cave of Silence even though I usually steer clear of romantic books with too many coincidences, this one kept me enthralled. Maybe because it was a true story or maybe because Kostas Krommydas is a great storyteller who manages to rustle up island life vividly. I highly recommend as a good summer read and one that will set you thinking about Greece’s history..
Mary Mccarthy